Memories of the Theater and the Sea

I’d like to share with you a couple of stories growing up as a child of a single mother in Guatemala City. As with most people, I have many memories of my childhood. Some good, but a lot of those memories were not as good. Thankfully, I have a few that are great, and even dare I say, MAGICAL. Of those memories I want to share with you two of my favorites. One, the first time I went to the theater to see a play, and second, my first visit to meet the sea!

As a single mother, my mom was always preoccupied with feeding and clothing me and my other siblings. She worked from dawn until well past dusk to make sure we had what we needed. There wasn’t that much money to spare. So, a visit to the theater was out of the question because it meant that if my mother took one of us, she would have to take us all, and that would mean a lot of meals for our household. Luckily, in those days the city wasn’t as crowded as it is today, and schools had better programs for activities outside the classroom.

I don’t remember very well the details that led to our field-trip to the theater. It was a long time ago you see, so let me explain. I was in the second grade and it was the 70’s. So yes, there have been a few decades worth of moons since that time. In any case, what I do remember is that ever since I was able to read I have been a reader, I had already read the story of the play we were going to see. That play was “The Cat in Boots.” I knew what the play was going to be about and I was very happy about the trip. Even though, I didn’t have a good idea what the play was going to be like, or really what it was.

The day finally came where we were going to the play, and we got into the bus that would take us to the Conservatorio Nacional building, where the play was going to take place. We got there and wow, I can still remember the smell of the place. It hit me as soon as I, and my second grade class walked through those doors. It was kind of musty, but in a good way. The inside of the building seemed gigantic to my second grade self, and it also felt kind of imposing. To my second grade self the world was new and I was absorbing every single moment of that experience with greed and joy.

Once we got settled and the lights were dimmed it was like I was transported to a new dimension. All of a sudden the music hit, the stage was lit and the first actor appeared onstage. Wow, wow, wow!! It was magical, it was as if the pages of the story I had read were actually true, and were coming to life right in front of my eyes. It wasn’t like TV or a movie, where the people are not there. The Cat in Boots was actually in front of me and I believed that he was a cat that could talk, no question about it. The Marquis of Carabas was alive and doing what I had read about. However, the character that impressed me to this day, and I still remember the most, was the princess! Wow, I think my second grade self, fell in love for the first time. I am not sure now but I suspect it did. The lights, the sounds the smells, the dialog everything was magical and I was happy. At the end of the play all the actors came onstage and introduced themselves to us while we clapped our little hands until it hurt. I don’t remember the name of any of them, except for the name of the woman that played the princess: “Eva Ninfa” or at least that was her stage name. A few years back I read that she had passed away.

To this day I haven’t forgotten that magical morning when for the first time I experienced what now I call my first religious experience; it was so magical, it bordered on the spiritual.

If memory serves me well, a couple of years after that, (or maybe a year, I don’t know) I was spending school vacation at my uncle’s house. He was a hard working wonderful man that loved to have me around because he and my aunt were a childless couple. They had adopted a girl and now she was living with them.  She was my best friend as well as my “partner in crime.” My uncle worked for some rich people as a warehouse keeper, and a “jack of all trades” for them. One day a co-worker had to drop off some special food for their boss’ dog at their beach house in Puerto de San José. The man that was supposed to make the delivery asked my uncle if he could lend him a hand with the delivery and he told him OK, but he wanted to bring a couple of kids along. The man said OK and he picked us up next morning and away we went.

I was so excited that I hardly slept the night before. I had seen the sea on TV and in books, read about it, but I had never been to the beach in my life. I had seen rivers, I had gone to Lake Amatitlán, which is fairly close to the city, but I had never seen the sea. As we were getting closer to the beach, the temperature began to rise and I knew we were getting very close. I knew the beach was tropical, and the temperature in that part of the country was a lot higher than the city, and a lot more humid. For a city kid like me, it must have been uncomfortable, but I did not care. I was going to meet the sea!!

Finally, we got there and I was in cloud nine! We pulled up to the gated door of the “beach house” (which in reality was a mansion) and got in. While they were taking the sacs of dog food out of the trunk and taking them inside the house, my cousin and I ran to the beach. We ran almost to the water’s edge. Oh, my God! The sea was bigger than any river I had seen, COMBINED! And certainly way bigger than any lake. We didn’t get into the water because we had been told before that “under no circumstances were we to even touch the water until they were there.” I took off my shoes as I waited for the grown-ups to come by, and the feeling of the hot sand under my feet was so wonderful, it was almost overwhelming! Soon my uncle and his friend came by and after a brief warning I ran to the waves following my cousin, who was running even faster. I remember her beautiful black braids shining in the tropical sun as they bounced on her back, and me trying to catch up. My uncle had a bad foot and couldn’t partake of the swim, but his friend went in after us and told us how to stand in the surf so as to not get knocked down by the waves. Still, I got knocked down and tasted the salty water. I gagged, but as I pointed before, life was new to me and any new experience I took in with greed and joy. I did not care that I got a mouthful of sea water in my belly, it was well worth it.

The reason I am sharing these two memories with you is because I know firsthand the effects of what going to the theater, or seeing the sea for the first time means to a child. As I was seeing my first play, the world outside, with its requirements, its stresses and injustices ceased to exist, at least for a while. At that moment it was just me and the wonderful world of The Cat in Boots in front of me. It enriched my life in ways that I didn’t know it could. To this day I love the theater, I love to read and it has brought me many moments of joy in my life. And believe me, nowadays as adults we all need moments of joy in our lives, even if it is once in a while. As for my trip to the sea for the first time; well I credit that trip with my commitment to the land, and the respect I have for “her.” We only have one planet, and it is about time we make sure our children have a clean sea they can dive into, even if they get a mouthful of sea water. It won’t kill them, unless it is contaminated.

Thank you if you have read until this point. If you have done so, I want to take advantage and thank all our sponsors, and volunteers for our FILGUA TRIPS programs every year. You are enriching, and making magical memories for many, many children that will treasure them for the rest of their life. Hey, it happened to me. 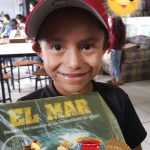 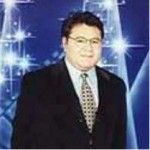 Nelson Velasquez
Nelson Velasquez believes in the power of education to change people’s lives. He firmly believes that everyone can help their fellow human beings in many ways if they chose to. He lives and works in Los Angeles, but has deep Guatemalan roots.