What does one write about in an inaugural blog? 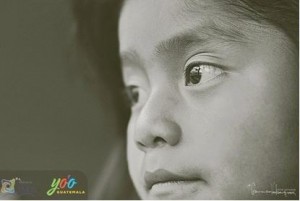 Given the work of Yo’o Guatemala, it wouldn’t be hard to use this space to pull at readers’ heartstrings. There is also no shortage of authentic personal experiences with amazing children and adults, and wonders of a breathtaking country to relay.

But this blog starts with an African fable.

There was once a terrible fire in a jungle. All of the animals ran out of the jungle and watched the fire from afar. The smallest of the animals, a little hummingbird, realized she had to do something. So she flew to the nearest river, took a small bit of water in her beak, flew above the fire and dropped the water. She did this again and again and again. The other animals watched her and did nothing, thinking it was pointless. The elephant, with his large trunk, could have pulled much more water from the river than the hummingbird with her tiny beak, but he didn’t. He and the other animals saw the task as too daunting. The animals asked the hummingbird, “What do you think you can accomplish? The fire is so massive, and you are so small.” The hummingbird, still flying back and forth, ignored the discouraging words of the other animals and said, ”I’m doing the best I can.”

It would be disingenuous to compare anyone affiliated with Yo’o Guatemala to a hummingbird; given its history, landscape, and people, one could only use the Phoenix to represent Guatemala. But the hummingbird in this story does not represent a person, place, or thing, it represents a feeling: hope.

HOPE is what inspires us to do the best we can. It gives us the courage to accept that the daunting tasks ahead are exactly that, daunting, but nevertheless need to be addressed.

In rural Guatemala, HOPE is the smile that a child named Christian flashes to everyone in his path. At the age of 8, when most children live a carefree life, he must work to help feed his family.

HOPE is what inspires an old woman who works day and night cleaning clothes to take in a stranger, a young blind mother abandoned by her husband and mother. Between jobs she scavenges for firewood, too heavy for this writer’s 200-pound frame to carry, to sell to buy food and provide shelter for her found “family.”

HOPE is what motivates three boys who work tirelessly cleaning public bathrooms for pennies a day to study despite their exhaustion so that – against the odds – they can excel in school.

HOPE is what keeps a 17-year-old girl, who wants only to think about college applications and prom dresses but is responsible for taking care of her two younger brothers, dreaming about her future.

HOPE is what spurs a community rattled by poverty, hunger, physical and sexual abuse, and neglect to always strive to do the very best they can, for themselves and, remarkably, for others. Yo’o Guatemala embodies HOPE, a feeling that all of us should hold.

In the words of Wangari Maathai, a Nobel Laureate who often used the story of the hummingbird to demonstrate the power of one, “I may be insignificant, but I certainly don’t want to be like the animals watching as the planet goes down the drain. I will be a hummingbird.”

When faced with overwhelming challenges, choose to be the hummingbird. 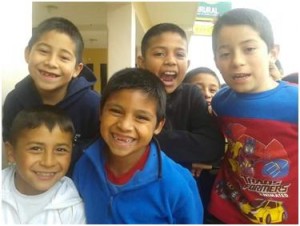 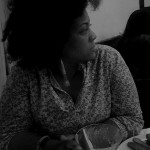 By: Sophia Boyer
Sophia is an educator, traveler, and seeker of all things compassionate. Out of Africa by way of Haiti and America, she is a citizen of the world. A lover of all things Guatemalan; landscape, diversity of people, spirituality, cuisine, and resilience, Sophia is a believer of social justice through self-liberation and community development. Her core work involves dismantling “just us” systems that benefit a few and while ignoring others.